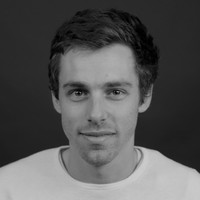 Williams, the Chicago resident, felt a similar despair. His oldest grandchild is 11—roughly the same age he was when King was assassinated. Recently, he told me, he tried to think through how he’d react if a police officer pulled him over and threatened him with his grandkids in the car—would it be wiser to set the example of appeasing the cop or of pushing back? “The scary thing about that is, I didn’t come up with any conclusion,” he said. “If you went about it either way, the cop still has the upper hand.” Williams told me he’s at a loss about how to advise the generation of black children growing up now.

Although so much of the frustration over Floyd’s death feels upsettingly familiar, the people I spoke with told me the current protests seem to break with the past in some hopeful ways. For one thing, protesters have already mobilized not just nationally, but globally. For another, those I interviewed noted, the protesters seem to be more diverse. Their supporters do too: “One of the big differences I’m noticing is hearing, seemingly for the first time, mayors, governors, police chiefs saying, ‘You’re right that this isn’t right,’” Mathieu said. “That is in part what makes me feel hopeful as a historian.”

But even so, surveying the protests of the past half century, Mathieu told me, “I’m devastated to say that [protesters’ concerns] are exactly the same”: They’re resisting police brutality and “the senseless marshaling of state power,” and pursuing “equal access to good education,” “affordable living standards and affordable access to medical care,” and the “demilitarization of people’s homes and neighborhoods.” (She did note, however, that antiwar messaging, a feature of ‘60s protests, has been absent from the current demonstrations.)

Read: Is this the worst year in modern American history?

“Is it important that we’re saying the same words but to a different crowd, a more integrated crowd, a crowd that’s not going back to clearly segregated signage and housing?” Mathieu wondered. “Or is it more painful that it’s the same language with a world that seems to have changed the signs—the segregated signs have come down, but the lives remain segregated, whether it’s by class or by race or by citizen[ship] status? I’m not sure.”

Shellany Rushin also feels ambivalent. “Part of me hopes that this time is a little different,” she said. “But in the back of my mind, it also feels like the same thing—it feels like what I’ve heard my grandparents tell me about, what I’ve listened to my dad tell me about for years, and what I’ve seen before with my own eyes.”

It has her thinking about the next generation too. “My husband and I don’t have children yet, but a conversation that we often have with each other is about what kind of world we would be bringing children into,” she told me. “And I would be lying if I said that these past instances didn’t affect how I frame that in my mind.”

We want to hear what you think about this article. Submit a letter to the editor or write to [email protected]

Joe Pinsker is a staff writer at The Atlantic, where he covers families and relationships.
previous post

How to Protest Safely in a Pandemic