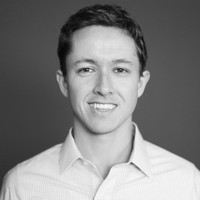 Even those who are not involved in demonstrations are put at risk by citywide curfews. People in New York, Atlanta, Cleveland, and other cities can’t leave home after 8 p.m. This leaves a narrow window for everyone to do their evening walks and errands, forcing more people into streets and stores at the same time. To limit the time in which people can be out is a high-risk proposition.

Ultimately, the safest approach to protesting will involve harm reduction: using state resources to make sure that essential activities—including civic engagement—are done as safely as possible. The goal of social-distancing measures is not to shut everything down, but to space people out. Sometimes that happens by closing places like restaurants, which involve prolonged close contact indoors. But social distancing can also be accomplished by opening up streets and expanding the hours the public can occupy them in order to create temporal distance. Whether people are protesting, biking, or out chatting (six feet apart), shared space is vital to repairing the national social fabric.

Conor Friedersdorf: The protesters deserve the truth about the coronavirus

“These curfews, these zero-tolerance policing postures, are about politicians trying to avoid responsibility for fixing” the American system of policing, Alex Vitale, a sociology professor at Brooklyn College who studies criminal justice, told me. We spoke on today’s episode of The Atlantic’s Social Distance podcast. At their core, the protests spurred by the killing of George Floyd are about the policing approach in this country—trying to solve problems of poverty, homelessness, mental health, and much else via incarceration and forcibly revoking Americans’ rights and freedoms. Effectively reforming American law enforcement, Vitale said, will require “shifting the discourse from one about police accountability to political accountability.” Protesting the police who enforce curfews, he said, will be less effective than protesting the mayors who ordered them.

The turn toward politics is beginning to happen. After dozens of people were arrested for curfew violations in San Francisco, demonstrators protested the curfew outside city hall, and on Wednesday Mayor London Breed withdrew the order. Meanwhile, across the bay in Oakland, police declined to enforce an imposed curfew. The night ended with protesters dancing in the streets. (Some were closer than would be medically advisable, but dancing outdoors is safer than going to jail. Especially if the crowd sticks to middle-school rules.)

Lifting curfews and taking police off the streets may not feel like an obvious solution for elected officials, who stand to take the blame for any crime that might follow. But nothing is riskier, as a public-health measure, than continued escalation and confinement. People cannot avoid touching their face when they have tear gas in their eyes. People cannot wash their hands in handcuffs. People cannot be expected to listen to crucial health directives now, or the next time a public-health crisis arrives, from leaders who themselves refuse to listen.

Listen to James Hamblin discuss this story on an episode of Social Distance, The Atlantic’s podcast about life in a pandemic:

We want to hear what you think about this article. Submit a letter to the editor or write to [email protected]

James Hamblin, M.D., is a staff writer at The Atlantic. He is also a lecturer at Yale School of Public Health and author of the forthcoming book Clean.

How the George Floyd Protests Compare With Previous Ones