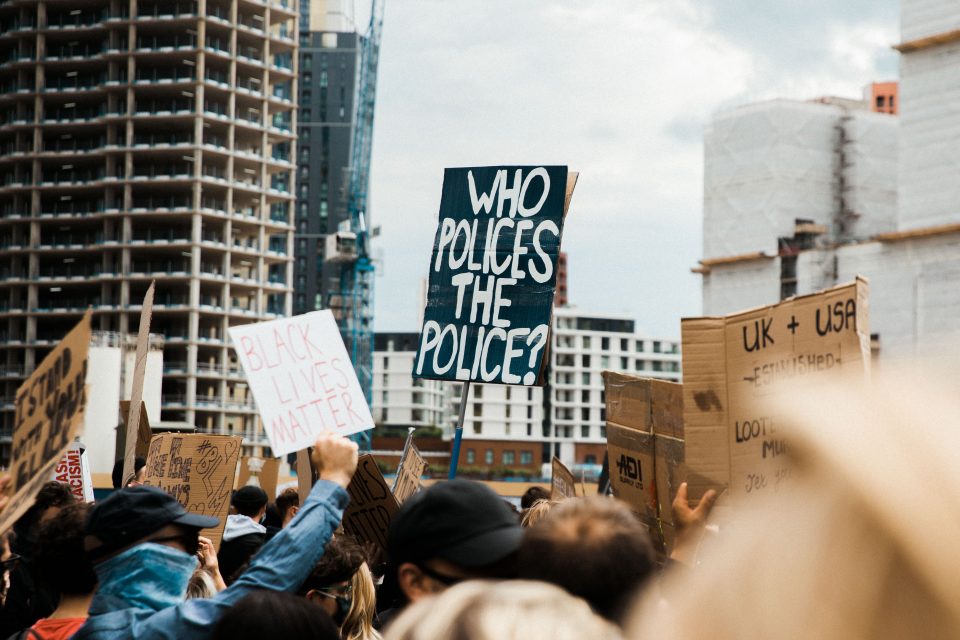 On Sunday, lawmakers in the city of Minneapolis, Minnesota announced that they had been listening. As a result of sustained local, national, and international protests – sparked by the murder of George Floyd, a Black man, by Minneapolis police – city council members told a community rally that they would seek to defund and abolish the Minneapolis Police Department.

The announcement is the most major in a cluster of measures being implemented across the US to take away funding from their police departments. Also on Sunday (the 7th of June), New York mayor Bill De Blasio pledged to divert funding from the NYPD and into social services, while last week, Los Angeles mayor Eric Garcetti promised that $250 million would be taken from police budgets and funnelled into jobs, health and community initiatives. The mayor of Seattle, Jenny Durkan, has also committed to reviewing the city’s police budget.

As more cities interrogate the role of the police in the US, many in the UK now ask what police defunding and eventual abolition might look like at home. Is it possible? What sort of community-based initiatives could we establish instead of policing? Would we see youth workers, counsellors, mental health professionals and drug case workers becoming first responders? And what would be the results of these changes?

To find out, we asked experts Richard Garside of the Centre for Crime and Justice Studies, University of Greenwich sociologist Dr. Adam Elliott-Cooper, and anti-racism campaigner, abolitionist and former Metropolitan police officer Adam Pugh, to take us through the hypothetical abolition of the London Metropolitan Police over the course of one, three and five years.

ONE YEAR: What would be the initial steps of defunding the Met?

First of all, it’s important to provide some context against which police defunding in the UK would happen. “In the early noughties, the Labour government threw money at police and what we saw was a massive expansion in the number of officers everywhere, including in London,” Garside explains. “After this, as part of the austerity measures, we saw a scaling back of these numbers. So, we’re in a situation where people in this country believe that we don’t have that many police – but we’re not short on them at all. There are more police now than there were during the miner’s strikes under Thatcher.”

As far as what sort of defunding might happen in the period of one year, Dr. Elliott-Cooper explains that there are various areas within policing and the Met – the largest police force in the UK – which could be divested from and defunded immediately, many of which cause particular harm to Black and other minority ethnic communities.

“The first should be the end of drugs policing and drugs stop and search,” he tells me. Stop and search allows officers to question members of the public at random, with BAME people four times more likely than a white person to be stopped. It is, Elliott-Cooper says, “a very police intensive exercise, does nothing in terms of improving public safety, and requires a huge amount of person power and human hours. The second one would be disbanding the Prevent agenda.”

Prevent is a government counter-terror initiative which attempts to use schools, universities, workplaces, and other institutions to identify people who are at supposed risk of radicalisation, and which has been heavily criticised for its extreme use of surveillance, and, as Elliott-Cooper notes, “has been used to criminalise lots of communities,” the very high majority of whom are non-white. It also, he tells me, “requires a huge amount of communications infrastructure, and it’s made very little difference to public safety.”

“Thirdly,” he continues, “we should see an end to what David Cameron called the ‘all-out war on gangs and gang culture’.” This policy, instigated following the 2011 London riots (themselves caused by the police killing of a Black man, Mark Duggan), “uses a huge amount of surveillance, huge amounts of technology, IT and communications infrastructure, and it’s been used to criminalise mainly Black communities. And the fourth area which should be defunded immediately would be the hostile environment policy – the way in which the police are raiding homes, workplaces, and institutions, just to try to find people who are undocumented – and immigration deportations and detentions. They make no improvement on public safety, and are very resource intensive.”

In this one year period, Dr. Elliott-Cooper tells me, the funds from these policing areas should be quickly redirected instead into women’s refuges, youth services and greater funding for mental health provision, particularly for young people.

THREE YEARS: Where would police funding be redirected to?

The real meat of defunding the police is in refunding the organisations and initiatives who should be doing work that is currently the part of the police’s remit. Pugh, therefore, is keen to remind me that abolition “is not simply about defunding the police, meaning that stripping away their budgets in isolation somehow will magically reduce police violence or crime. Neither is abolition the idea that we simply get rid of the police and all of the problems are solved. This is about making sure that instead of investing in punitive measures like policing and prisons, we invest in addressing the social conditions and social inequality that has created the response of policing.” He highlights areas such as the NHS, housing and unemployment as those which are in drastic need of money and attention.

Garside gives a real world example to show the practicalities of a redistribution of funds: “When Boris Johnson was the Mayor of London, he spent a lot of money on some fairly knackered water cannons from Germany. The Met didn’t end up using them, of course, and when Sadiq Khan became Mayor, he committed to selling those cannons and investing the profits in youth services,” he says. “I’m not sure whether that actually happened – I’m not sure who would have wanted to buy them – but it illustrates fairly well what divesting money from the police and into public services looks like.” (The water cannons were ultimately sold for scrap at a loss.)

Similarly, drug workers and experts might play a similar role, he explains. These would be people “who are trained to work with people with addiction problems, and to help them to access clean needles, and the care they might need to stop using drugs in ways that mean that they or others can come to harm. That is far more effective than locking people up for taking drugs, which is basically our current policy.”

Elliott-Cooper also suggests that we could see the reopening of youth centres over a three year period, as more funding would move from policing and into youth services. “In London alone, over 100 youth clubs have closed since 2011, and we need to reopen those youth clubs. These buildings haven’t been demolished – many of them are still there. We’d also need to rehire the approximately 3,500 youth workers who’ve lost their job since austerity was introduced. They’re far better trained than police officers at conflict mediation and identifying young people at risk of being affected by violence or problematic drug use, and bring far less harm to the community,” he says.

FIVE YEARS: What would we see instead of police?

All of the experts I speak to remind me that police abolition is a very long term goal, which would necessitate other very structural changes. Elliott-Cooper notes that investment in council housing, public sector jobs and education, for example, is foundational to a society without policing.

Pugh agrees. He tells me, “There is no quick fix solution. There can only be a long term strategy with regards to abolition or defunding the police as a strategy. So on this basis, it is unlikely that within five years time the police would not still exist, but hopefully we would be well on our way to the goal of them not existing, and would have seen money reinvested elsewhere. We hear about spending upwards of £500 million a year on 20,000 additional police officers – not to mention a huge amount on things like tasers and body cams that we know do not and will not reduce crime or keep our communities safer.”

Fundamentally, then, Pugh sees abolition as the only way forward. “The point is that policing isn’t working, and will never work – I say that as somebody who has been a police officer. Reform hasn’t been working for a long time,” he tells me. “We now need to move beyond reform and begin to reimagine what our entire justice system might look like, taking steps towards the actualisation of that goal.”