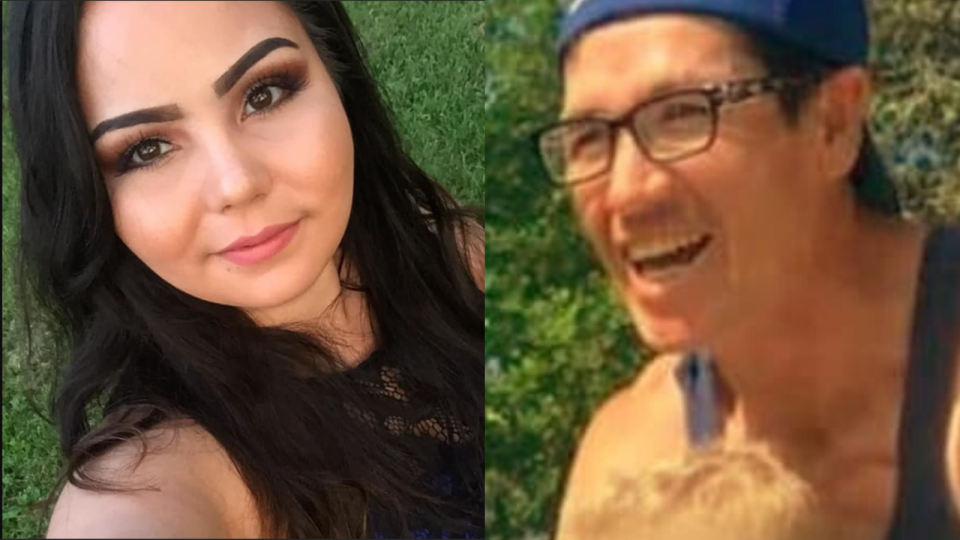 In a June 1 Facebook post, she wrote, “A year ago, I came to Edmundston for 6 weeks… now a year later I’m back from BC and settled into my nice, new place.” The same day, Moore, 26, had a coffee with her mom, helped her plant a greenhouse, and followed that up by going around to find some “hidden gems” in her new town. After another day of gardening with her family, Moore finally got her wifi set up, jokingly naming it “chanimal.”

Judith Sayers, the president of the Nuu-chah-nulth Tribal Council and spokesperson for the family, said Moore’s family is struggling to understand what happened but the information they’re getting from police is sparse. Sayers said Moore was “a typical Nuu-chah-nulth woman” and, if what police say is true, is shocked “a well-trained police officer couldn’t have just dealt with (Moore) easily or tried to de-escalate the situation.”

Sayer is also questioning the police’s account of events. “The chief of the police said that (Moore) came to the door and she came at him with a knife but the mother said when she went back to the apartment the silhouette of the body was 6 feet from the door (inside the building) and the shots came from outside the door,” said Sayers.
“How does that make sense?”

Moore was not the only person in Canada killed during wellness or mental health calls in recent months. There have been at least four cases since the spring. In all four, the dead were either Black or Indigenous—populations that are much more likely to have experienced trauma, receive inadequate mental health care, and experience violence from police officers.

In April, D’Andre Campbell, a 16-year-old Black teenager with schizophrenia, called police himself when he felt an episode coming on. Brampton police arrived on scene and used a stun gun on Campbell before shooting him twice in the chest. Campbell died inside his home.

In late May, police were called by Regis Korchinski-Paquet’s family to help take her to the Canadian Centre for Addiction and Mental Health. Police ended up inside the apartment with Korchinski-Paquet while her family was outside in the hallway. During this time, the 29-year-old Black woman fell 24 storeys to her death, and the details of what occurred are in dispute.

On June 9, the RCMP were called to deal with an unwanted person on a New Brunswick property. Police say that when they arrived, Rodney Levi, 48, was threatening them with knives. When a stun gun didn’t work they shot him several times, killing him. The chief of the Metepenagiag Mi’kmaq Nation said Levi was trying to get help for mental health issues.

A CBC investigation found that of the 461 uses of deadly force by police from 2001 to 2017 over 70 percent of the victims suffered from mental health and substance abuse problems. The study found that per capita Indigenous and Black people are “overwhelmingly overrepresented” in police killings.

“We have a system where the police are ill-equipped,” said Notisha Massaquoi, a social worker who is also co-chair of Toronto Police Services Board’s anti-racism advisory panel. “They are not trained effectively to engage with the public, particularly those who are having a mental health crisis.”

While not all wellness checks involve someone with mental health issues, a large portion of them do. Experts say limited training doesn’t give police the tools to discern between those suffering from mental illness and those, for example, who are frightened because they are being harassed.

“We have a system where the police are ill-equipped.”

Meanwhile, police budgets continue to grow even as crime in Canada falls. Statistics Canada reports that in 2018, police expenditures had been on the increase since 1996/1997.

“We don’t have mental health services for racialized communities and Indigenous communities where the needs and cultural practices are very specific to those communities,” said Massaquoi. “So what you end up filling in the gap of those essential services is the police who are being sent to attend to these issues.”

Calls to “defund the police” have often specifically cited greater funding for mental health workers as a way to reduce encounters between cops and those in distress.

Set up for failure

Uzma Williams teaches a mental health class for students and prospective police officers at MacEwan University in Edmonton and helped put together the textbook Police Response to Mental Health in Canada. Williams said police get a “minimal amount” of training when it comes to dealing with mental health, and most officers don’t understand mental health symptoms and therefore don’t know how to address them.

“You have to be well-versed in mental health and have a passion to understand it well,” said Williams. “When (officers) see bizarre behaviours, they respond to their fear. What you see is a very extreme inappropriate response, which is usually fatal.”

Williams’ course, a part of the school’s Police Studies diploma program, is four months long and touches on mental health issues, including mood disorders, psychosis, and sexual disorders. Neither the course nor the diploma is mandatory for police officers.

Police receive periodic training once on the force, how much again depends on where they work. The weeks officers spend in training can’t compare to the years of practice that social workers, psychiatric nurses, and other mental health professionals get. When you mix limited training, a force-first mentality, and a firearm you’re left with a lethal cocktail.

“That training is not strong enough for them to identify, ‘OK, this person is in crisis.’ They get some training here and there, but it’s not something sufficient enough to respond to the amount of mental health calls they deal with,” said Willilams. “They’re expected to just figure it out.”

“That training is not strong enough for them to identify, ‘OK, this person is in crisis.'”

Inspector Dan Jones, an Edmonton police officer who has been on the force for 23 years, helped co-edit Police Response to Mental Health in Canada and is currently working on his PhD in sociology. Jones said he thinks we’re in an evolutionary stage of policing.

He recently helped develop training for Edmonton officers to understand trauma, which was delivered to recruits for the first time this year.

“I don’t think we’ve had enough conversations looking at how we intersect public health and policing for better outcomes for people that have experienced trauma,” said Jones. For example, he teaches his students about the war on drugs and how it’s really “the war on people who have experienced significant trauma.”

A day after police shot Moore dead, Justin Trudeau took a knee at a Black Lives Matter protest. On the same day, Minister of Indigenous Services Marc Miller said he was “pissed off” by the killing of and police violence against Indigenous peoples. Shortly after, Public Safety Minister Bill Blair, a former police chief, called police violence “indefensible.”

Sayers knew both the families of Levi and Moore and described the situation as a “nightmare.”

“We’ve seen public statements and fundraising for the family and that’s great, but we need more people speaking out,” said Sayers. “It was great to listen to Marc Miller condemn the actions, and the prime minister said some good things, but there are no actions behind the words.”

“Now is the tipping point,” she said.

Systematic racism, discrimination, and unconscious bias play a deep role in police culture, the killings, and an officer’s reaction during wellness or mental health checks, said Massaquoi. It informs how police respond to the person they’ve been called to help, how much danger they feel they’re in, and what level of force they’re going to take.

Like most institutions, the police don’t like to admit they have a problem. In an interview with CTV, RCMP Commissioner Brenda Lucki said she struggled to understand what systematic racism truly meant, and while she believed unconscious bias existed in the force, systematic racism wasn’t a problem. After Trudeau publicly contradicted Lucki, the commissioner walked back her comments.

Massaquoi says this kind of denial is par for the course. “The RCMP was formed to manage the ‘Indian problem’ in Canada,“ she said.

“We’ve got a policing system that was put in place based on extremely racist ideologies. So until we’re ready to uproot and reform that you will keep seeing the same poor outcomes. And you’ll see an over-representation of Indigenous and racialized people having fatal results when they interact with the police.”

Defunding the police and reallocating a hefty portion of their budget to mental health workers, community groups, or social workers is an idea that’s rapidly gaining support in both Canada and the United States. In Minneapolis, where George Floyd was killed by police, the city council voted to dismantle the police department. In Toronto, two city councillors have put forward a motion to cut the police budget by 10 percent and redistribute it to community groups.

Williams argued that better training is necessary because officers will likely encounter people with mental health issues. She said follow-up training and testing regarding mental health should become the norm, and mandatory “either once a year for a minimum of 50 hours or split semi-annually for 25 hours each period.”

Edmonton has police crisis teams that pair mental health workers with specially trained officers to respond to calls. The teams also consult other officers on duty. Similar teams appear in larger police forces across the country. (Toronto police opted not to use one in the case of Regis Korchinski-Paquet because they believed there was a high likelihood of violence.)

“I truly believe those programs are the way we should be moving forward,” said Jones. “It’s too much to expect the police to be an expert on everything; you can’t expect them to be a mental health worker to the level of a psych nurse or a psychologist.”

Massaquoi said the system needs a complete overhaul, with mental health experts leading the charge, and directing and supporting the calls.

“When you’re having fatal outcomes, we don’t keep going. We have to absolutely step back. Stop. Take them out of the scenario. And reform the whole process,” said Massaquoi. “We want to guarantee that when someone in crisis calls for help, that they’re going to get help and that there isn’t a possibility that the interaction will be fatal.”