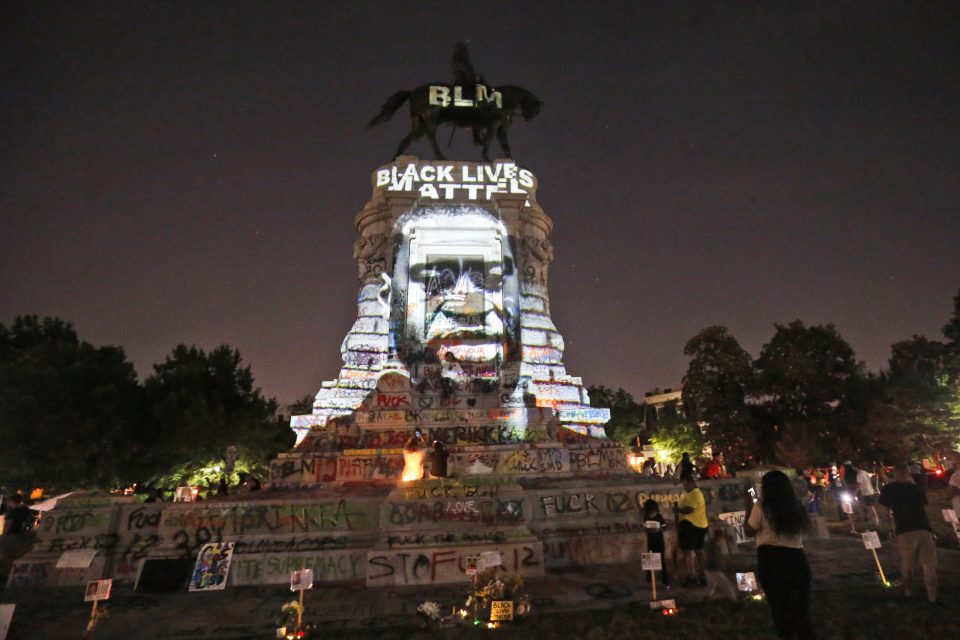 Richmond Circuit Judge Bradley C. Cavedo on Monday granted a 10-day injunction to a man named William C. Gregory, who says he’s the great-grandson of a couple who were signatories on the deed transferring the land the Lee statue stands on to the state, according to the Washington Post, which received a copy of the order from Gregory’s attorney.

In that deed, the state of Virginia promised to “affectionately protect” the statue and “hold said statue and pedestal and circle of ground perpetually sacred to the monumental purpose,” Gregory’s lawyer argued.

The Lee statue, which was dedicated in 1890, is the largest of five Confederate monuments on Monument Avenue in Richmond, standing approximately 60 feet high including its base. The others honor Confederate president Jefferson Davis, Confederate generals Stonewall Jackson and J.E.B. Stuart, and Confederate naval officer Matthew Fontaine Maury. All but the Lee statue are controlled by the city of Richmond; mayor Levar Stoney said last week he would introduce an ordinance to remove the statues next month.

Northam vowed to keep trying to remove the Lee statue. “Our administration is still reviewing the [injunction],” Northam spokesperson Alena Yarmosky told the Washington Post. “Governor Northam remains committed to removing this divisive symbol from Virginia’s capital city, and we’re confident in his authority to do so.”

The statues in Richmond, which served as the capital of the Confederacy, are just some of the many statues and monuments that have been removed or scheduled for removal during the now-global uprising against the killing of George Floyd and police brutality. Protesters and city governments have taken down Confederate statues in Birmingham, Nashville, and Indianapolis, among others.

It’s not just Confederate monuments, either. Philadelphia removed its statue of racist former mayor Frank Rizzo, protesters in Bristol, UK dumped a statue honoring 17th-century slavetrader Edward Colston into the city’s harbor, and the city of Antwerp, Belgium took down a statue of King Leopold I, whose reign in the 19th and early 20th centuries saw unspeakable atrocities and genocide against people in the Congo, after anti-racist protesters vandalized it.

Cover: An image of George Floyd is projected on the base of the statue of Confederate General Robert E. Lee on Monument Avenue, Monday, June 8, 2020, in Richmond, Va. The statue has been the focal point of protester over the death of George Floyd. Virginia Gov. Ralph Northam has ordered the removal of the statue. (AP Photo/Steve Helber)

Noname’s Response to J. Cole and 12 Other Songs We Loved This Month