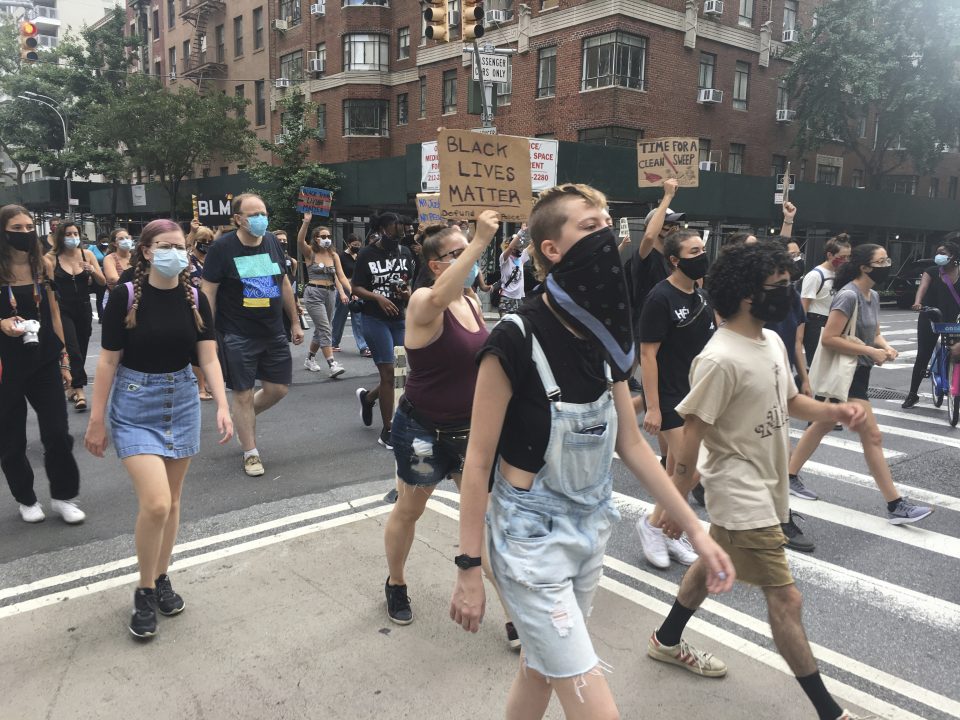 On Tuesday evening in New York, as a Black Lives Matter protest that began in Washington Square Park hours earlier was winding down, an SUV approached a line of people on bikes protecting the demonstrators on the corner of 42nd Street and First Avenue.

“He didn’t stop,” one eyewitness told NY1. “He literally put the pedal to the metal and literally drove through the crowd. It was devastating.”

Miraculously, no one was hurt in the incident, but this is just the latest in a growing trend of vehicle attacks on protesters across the U.S. in recent weeks.

According to data collected by Ari Weil, the deputy research director at the Chicago Project on Security and Threats of the University of Chicago, Tuesday night’s incident marks at least the 68th car attack nationwide since George Floyd was killed on May 25, sparking a wave of anti-racism protests across the country.

A number of attacks and incidents were reported in the last week alone. Several protesters were injured and one was killed.

On Saturday, protesters had been gathered on a section of Interstate 5 in Seattle for an hour when a white car broke through a police blockade and drove toward the protesters at a “high rate of speed,” according to the Washington State Police, hitting two victims. One of the victims, Summer Taylor, 24, died hours later at Harborview Medical Center. The other person who was hit, Diaz Love, 32 remains in serious condition at a Seattle hospital. The driver, Dawit Kelete, 27, has been arrested and charged with vehicular assault.

On Tuesday night, also in Seattle, a driver mounted the sidewalk to get around other cars that were blocking the road to protect protesters who were marching on the street. A video taken by a resident in an apartment above the street shows the driver failed to stop when a protester pleaded with them to do so. No injuries were reported from the incident.

In Bloomington, Indiana, on Monday evening, the driver of a red Toyota accelerated unexpectedly into a crowd of dispersing protesters. As the vehicle sped forward, one woman hung onto the car’s hood while a man clung onto the driver’s door handle. Two people were injured in the attack.

As well as the attacks themselves, experts are expressing concerns about increased activity among an online community that opposes the protests and jokes about protesters getting injured. These jokes and memes often encourage vehicular attacks on protesters, targeting the Black Lives Matter movement in particular.

“It is not just an extremist thing here, but there are social media circles online where people are sharing these and joking about them because they disagree with the protests and their methods,” Weil told the New York Times. “Sharing memes and joking about running over people can lead to real danger.”

Is Racism a Mental Illness?

Minneapolis: The Breaking Point – The Atlantic

Everything to Know About Getting a House Extension

Five Household Items And Technologies You Never Knew You Could Rent

The Cost of Owning a Dog: A Guide