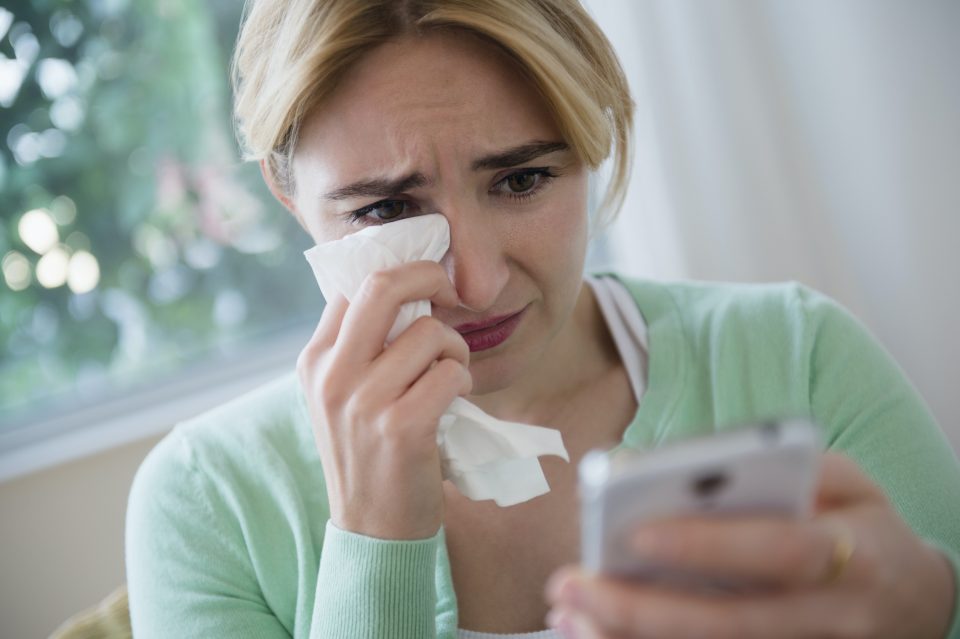 Contrary to reports that it had been “destroyed,” Gristedes, a local, high-end supermarket, was boarded up, but remained open, clarified a post (titled “Looting”) on Manhattan’s West Village Nextdoor forum. “Please let the destruction end so that we can concentrate on improving our society,” the post concluded.

Comments below devolve into predictable chaos: “The people who are breaking windows and looting stores in our neighborhood are not passionate protesters. They are criminals,” reads one. “I am in total sympathy with the protesters, but needed to know if I would be able to buy food when I return to the city this week,” is another. The general consensus among the residents of one of the city’s wealthiest neighborhoods seemed to be that protesting is good, so long as it only occurs on their terms, and not near one of their supermarkets.

As protests memorializing and demanding justice for Black lives were held in more than 600 cities across all 50 states this past week, Nextdoor was filled with so many threads similar to the one above that Rep. Alexandria Ocasio-Cortez publicly called on the app to deal with its “Karen problem.” Screenshots shared with VICE from Nextdoor forums in New York City, San Francisco, and Washington, D.C. show posts reflecting privileged concerns, riddled with NIMBYism and hand-wringing over the sanctity of inanimate buildings.

Those posts, which are apparently allowed and encouraged, stand in sharp contrast to how Nextdoor has handled any content related to supporting the protests. Even as the company posted claiming solidarity with Black Lives Matter, according to a recent report from the Verge, moderators have been working extremely hard to remove any post that promoted the protests, or that even contained the hashtag #BlackLivesMatter. Over the past week, several Black and non-Black people of color had their Nextdoor accounts disabled for violating the app’s “real name policy” after participating in discussions about race in their communities.

Nextdoor’s silencing of residents who want to talk about protests while allowing white handwringers fretting over the status quo to speak fits a pattern of upholding systemic racism. Within four years of the app launching in 2011, it emerged as a cesspool for racial profiling and racist snitchery. Since then, Nextdoor released content guidelines and instituted the community moderation policy—both improvements on its previous, totally hands off approach to letting neighborhood forums spiral out of control like community bulletin boards from hell. But mods’ interests will always be reflected in what is allowed on the site. In many neighborhoods, particularly in cities where there are active communities invested in Black lives, it has become clear the mods enabled by Nextdoor align with the wealthy and privileged.

Nextdoor’s content is moderated by neighborhood leads, a status awarded by the app’s algorithm based on how many invites a user sends to grow their community. Existing leads can also select more leads, if they meet certain qualifications. In other words, leads function like a selective, invite-only book club. As a Nextdoor spokesperson told VICE (and the Verge before it), community moderation matters because “we want your neighborhood on Nextdoor to reflect your actual neighborhood.”

But the self-selection of these mods has exposed a rotten core to the service, based on screenshots shared with VICE from neighborhood forums in San Francisco and Washington, D.C.—both left-leaning cities that hosted daily Black Lives Matter protests last week—displayed so much reverence for things like chain drugstore windows and so completely miss the bigger picture that they rise to the level of self-parody. “Fingers crossed that this isn’t the end of this particular Walgreens,” one post from San Francisco’s North Beach neighborhood reads. “Beyond sad.”

A post from the Adams Morgan neighborhood in Washington, D.C. also shows concern about a drugstore that was burglarized the previous night. “If you have an apartment overlooking that block and are up late tonight it would be great if you could keep an eye out,” the post reads, calling for some form of vigilantism. A post from New York City’s East Village forum, regarding a building with a broken window, ends with #EastVillageLivesMatter. “Why come to the East Village to cause havoc?” a comment on the thread reads. “The rich pickings are uptown, not here.”

The conversation on these threads inevitably turns to anger about the damage caused by the people who are protesting police brutality, rather than the actual police brutality. They also contain misinformation, which Nextdoor doesn’t appear to regulate as much as it does the #BlackLivesMatter hashtag. A thread titled “Protests” in the East Village forum devolved into complaints about looting, even as it acknowledged police brutality and George Floyd. “Many of the looters are not New Yorkers, probably from upstate,” one comment on the thread reads, a claim that’s been thoroughly debunked. “As a white woman, as a daughter of a police officer, I’m angry at that idiot cop’s behavior, but it doesn’t give me the right to commit violent crimes.” As of this writing, no East Village residents are reported to have been harmed during last week’s protests.

As posts like these proliferate, the Verge reports that Black users have had threads promoting protests removed, and comments addressing neighbors who call for violence and martial law reported. The contrast between what is and isn’t allowed to remain on an app that said itself stands with Black lives has grown so bleak, that the user behind the meme account, BestofNextdoor, started a petition calling for anti-racism training for every community lead, among other things.

If each Nextdoor forum is meant to be a reflection of its actual neighborhood, as it claims, then right now, neighborhoods across the country appear more concerned about chain stores than Black lives. Based on the protests and rallies that have been going on for nearly two weeks in every state in the country, that feels like an antiquated and damaging misrepresentation.