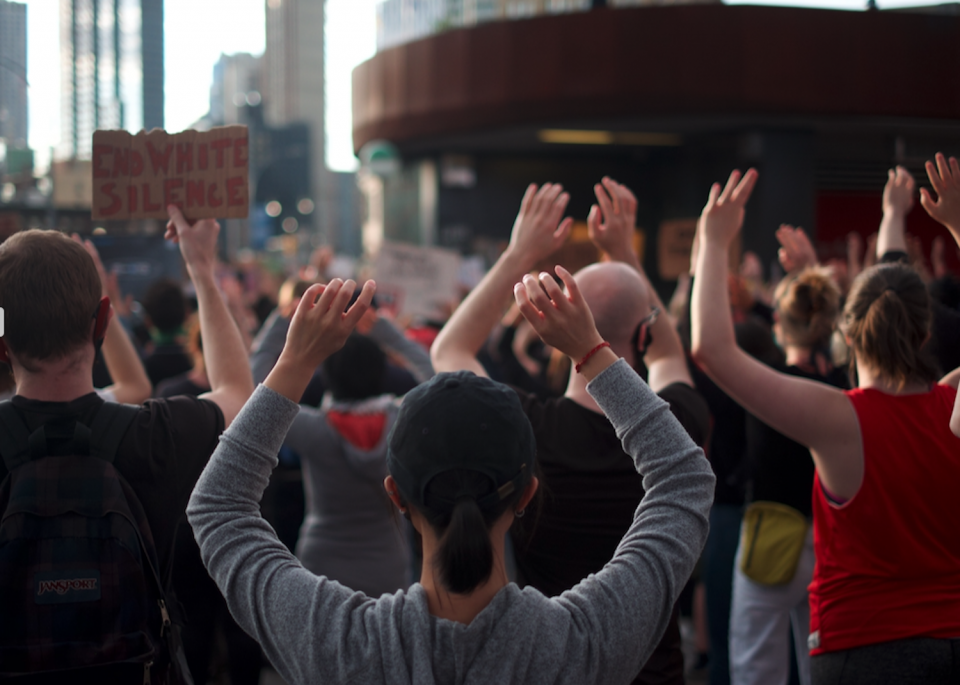 The move comes after Motherboard identified several instances in which the military and federal agencies flew high-tech surveillance aircraft over protesting cities, including Washington DC and Minneapolis.

“We write to you to express our deep and profound concerns that the surveillance tactics of the Federal Bureau of Investigation (FBI), the National Guard Bureau, the Drug Enforcement Administration (DEA), and Customs and Border Protection (CBP) during the recent protests across the U.S. are significantly chilling the First Amendment rights of Americans,” the letter, co-led by Congresswoman Anna G. Eshoo and Congressman Bobby Rush, reads.

“We demand that you cease any and all surveilling of Americans engaged in peaceful protests,” the letter, addressed to the heads of the various previously mentioned agencies, adds. The dozens of signatures include prominent representatives Ayanna Pressley, Rashida Tlaib, Zoe Lofgren, Tim Ryan, and Ro Khanna.

Do you have evidence of surveillance of protesters? We’d love to hear from you. Using a non-work phone or computer, you can contact Joseph Cox securely on Signal on +44 20 8133 5190, Wickr on josephcox, OTR chat on [email protected], or email [email protected]

Last week, as protesters marched in cities across the country, Motherboard found that authorities flew an RC-26B aircraft over Washington DC. This aircraft is a reconnaissance plane carrying infrared and electro-optical cameras, and it has previously been used on counter-narcotic missions and in Iraq and Afghanistan. Authorities also flew an RC-26B over Las Vegas on the same night.

The letter also points to a Buzzfeed News report that found the DEA had been granted authority to investigate the George Floyd protests.

The letter mentions authorities’ previous use of Stingrays, which are also designed to track cellphones, as well as facial recognition and license plate reader technology. The letter then points to the spread of how-to guides on protecting privacy while protesting that media outlets and activists have published or updated recently.

“Americans should not have to take proactive measures to protect themselves from government surveillance before engaging in peaceful demonstration. The fact that the agencies you lead have created an environment in which such headlines are common is, in and of itself, an indication of the chilling effect of government surveillance on law-abiding Americans. For these reasons, we demand you cease surveilling peaceful protests immediately and permanently,” the letter adds.

The FBI, CBP, and National Guard did not respond to a request for comment. The DEA declined to comment.