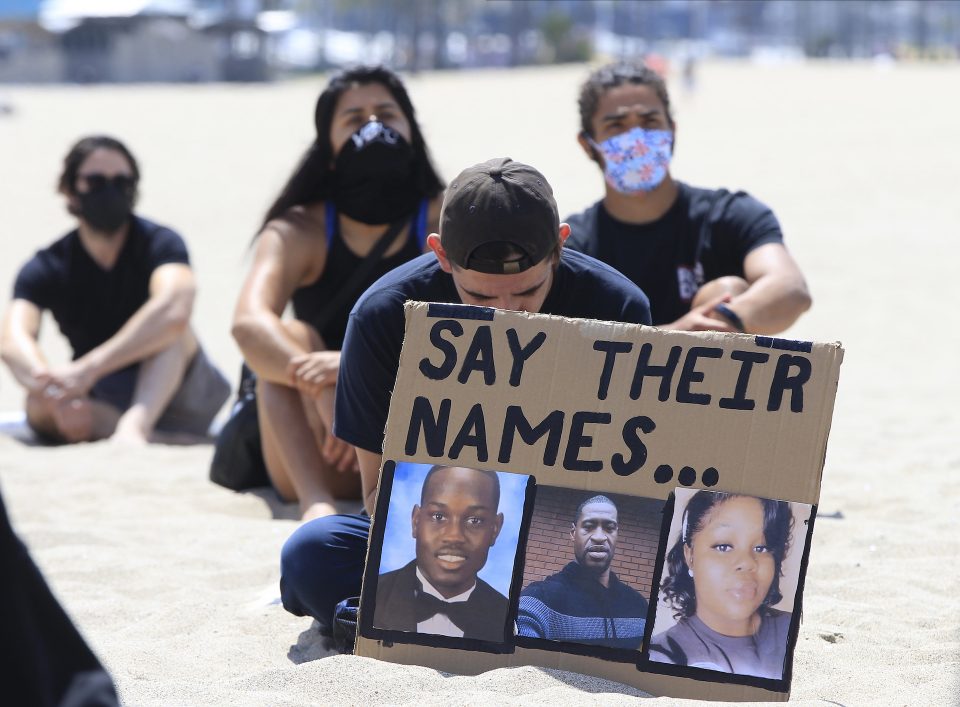 Three months and six days after Breonna Taylor was shot and killed by police, Louisville mayor Greg Fisher announced that the Louisville Police Department is firing one of the three officers involved in the fatal shooting.

In a damning termination letter shared with reporters, LMPD interim police chief Robert Schroder explains that Officer Brett Hankison violated police procedure and endangered the lives of others when he fired his weapon 10 times at Taylor while executing a no-knock warrant in March.

“I have determined you violated Standard Operating Procedure […] when your actions displayed an extreme indifference to the value of human life when you wantonly and blindly fired ten rounds into the apartment of Breonna Taylor,” the letter says.

“I find your conduct a shock to the conscience,” Schroeder continued in the letter, pointing out that several shots fired by the officers entered the apartment next door, endangering the lives of three additional people. “I am alarmed and stunned you used deadly force in this fashion.”

Fisher did not elaborate any further on the decision.

“Unfortunately, due to a provision in state law that I very much would like to see changed, both the Chief and I are precluded from talking about what brought us to this moment, or even the timing of this decision,” he said during a press conference Friday morning.

News of the officer’s termination follows weeks of activists, social media users, and the Taylor family demanding that more severe action be taken against the officers who shot the 26-year-old EMT worker eight times in her sleep during an attempted drug sting.

Lonita Baker, Sam Aguiar and Ben Crump, the attorneys who are representing the Taylor family in their wrongful death case filed against the city of Louisville, said that they are pleased to see the city finally take action, but are still holding out hope that officer Hankison and the other two officers involved will face murder charges.

“Today’s announcement makes it clear, as we have always maintained, that the city had the power to fire the officers involved in Breonna Taylor’s murder. We look forward to them terminating the other officers involved in Bre’s murder,” the three attorneys said in a statement Friday. “We also look forward to these officers being prosecuted for their roles in her untimely death.”

All three officers were placed on administrative leave last month. Whether the other two officers will also be terminated remains to be seen.

The March shooting of Breonna Taylor, along with the February shooting of Ahmaud Arbery and murder of George Floyd in May kicked off international protests against the slayings of unarmed black men and women at the hands of law enforcement. In Louisville earlier this month, the city’s Metro Council passed “Breonna’s Law,” effectively banning all no-knock warrants in the state.

On Thursday, nearly a month after the Federal Bureau of Investigation first launched an investigation into the shooting, federal agents were seen executing a search warrant at the apartment where Taylor was killed.

“When investigating potential civil rights violations, the FBI will take a fresh look at all the evidence, including interviewing witnesses who have already spoken to the original investigating agency, interviewing witnesses who have not yet spoken to law enforcement, and examining all physical and video evidence to better understand what transpired,” the FBI Louisville Office said in a statement. “Today’s action is part of this process.”

How to Start Investing: A Guide