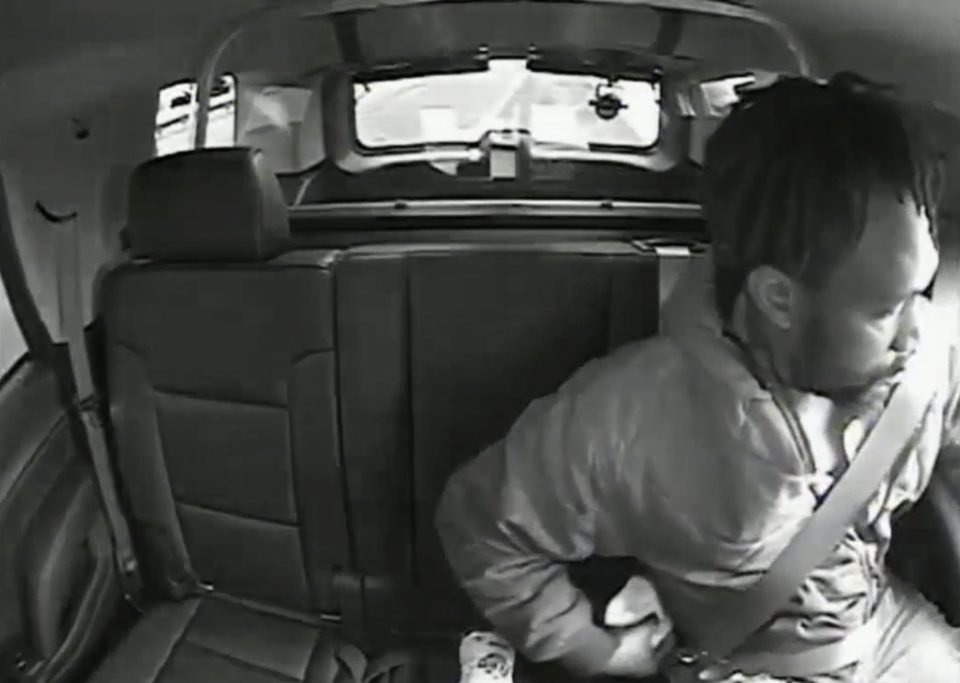 Newly released police dash-camera footage shows the moments leading up to a white New Jersey state trooper fatally shooting a young, unarmed black man on the side of the road after pulling him over for allegedly speeding.

The May 23 death of Maurice Gordon is being investigated by the office of New Jersey Attorney General Gurbir Grewal, who released a cache of dash-camera footage and audio Monday showing the lengthy encounter that ended in a struggle and the fatal shooting. A grand jury will review the findings of that investigation to weigh any potential criminal charges.

Gordon’s death occurred just two days before the police killing of George Floyd in Minneapolis, and the investigation is now occurring amid massive nationwide protests against police brutality after the killings of Floyd, Breonna Taylor, and others.

The trooper involved in the New Jersey shooting, Sgt. Randall Wetzel, a 15-year veteran of the state police force, is currently on paid administrative leave, according to the Washington Post. New Jersey State Police referred media questions to the attorney general’s office.

Here’s what you need to know:

When Wetzel pulled Gordon, 28, over on the Garden State Parkway at about 6:30 a.m. on May 23 for allegedly going 110 mph in Bass River, New Jersey — about 175 miles from Gordon’s home in Poughkeepsie, New York — Gordon discovered his car, a Honda Civic, wouldn’t start.

So Wetzel told Gordon, a Jamaican immigrant, Uber driver, and college student, that he’d have to call for a tow truck. He at one point offered to give Gordon a ride before retreating to his police cruiser.

It was the second time a tow truck had been called for Gordon’s vehicle that morning, and the second time in about 15 minutes that he’d been stopped for driving faster than 100 mph.

But this time, Gordon wanted to sit in Wetzel’s cruiser with him after several minutes of waiting on the road’s shoulder, according to the dash-cam footage.

Wetzel repeatedly asked Gordon where he had been speeding off to, and told him to put his seatbelt on. Gordon, who was in the back of the cruiser, said he wanted to go to a car dealership, but Wetzel pointed out many were closed over the coronavirus pandemic, and offered to drive him somewhere else, instead. Wetzel told him not to leave the car, since they were on the side of a busy road.

“You seem real upset,” Wetzel said at one point.

Gordon then took off his seatbelt.

“You can’t leave — what do you mean you’re going to leave?” Wetzel asked.

Gordon put his seatbelt back on while the two men waited in silence for the tow service. Gordon said once the tow service came, he’d go with them. Wetzel offered him a face mask. He got out of the car to give it to him.

Then the video showed Gordon getting out of the vehicle.

At that point, a struggle can be heard, but not totally seen; the two men are mostly obscured, since they’re out of view of the dash camera. The camera pointed at the backseat of the cruiser shows the two men tussling past the rear windshield. Wetzel can be heard screaming at Gordon to get back in the car. Gordon twice attempted to enter the driver’s seat of the police cruiser, according to the attorney general’s report.

Wetzel then deployed pepper spray, and shot at Gordon six times around 7 a.m.. He then handcuffed him. Emergency responders arrived on the scene around 7:28 a.m. and pronounced Gordon dead, according to the attorney general’s office. A medical examiner’s report has not yet been released, so it’s unclear how many bullets entered Gordon’s body and where.

Wetzel accused Gordon of reaching for his gun and trying to steal the police vehicle, according to documents released by the attorney general Monday.

Gordon had already been spotted by an off-duty officer earlier that morning, around 3:13 a.m. His car was stalled in the middle of the road and had run out of gas, and the officer called a tow truck.

One off-duty state trooper stopped by, too, while on his way to work. A second on-duty trooper came by to set out flares. A third state trooper arrived around 5 a.m, set out more flares, and again called for a tow truck.

The occupants of a “civilian vehicle” eventually asked Gordon if he needed to be taken somewhere to get gas, before the tow truck arrived. They took him to a nearby Wawa, and Gordon was able to get back in his car and keep driving, just after 5:30 a.m.

Around 6:13 a.m., another state trooper pulled Gordon over on the Garden State Parkway for allegedly speeding at 101 miles per hour. He was ticketed and let go.

He was pulled over just minutes later by Wetzel, at 6:26 a.m. That encounter resulted in Gordon’s death.

It’s unclear what Gordon was doing in New Jersey.

“I’m broken inside,” Gordon’s mother, Racquel Barrett, who is based in England, told the New York Times Monday. “I just need answers: Why did they kill my son?”

The day before Gordon’s car troubles, a person who described himself as Gordon’s friend called local New York police to express concern. The unidentified friend said that Gordon had been acting differently, and that he’d just driven off in his Honda Civic.

“He’s a completely harmless guy,” the person added. “He’s a devout Christian, he has a Bible in his car.”

An attorney for Gordon’s family, William O. Wagstaff III, questioned the attorney general’s release of that information. Wagstaff did not immediately respond to a VICE News request for comment.

“They are already rushing to what appears to me to be spin, a narrative to defend the actions of the officer, when you should be arresting the officer,” he told the Washington Post.

Timing of the video’s release

Wagstaff has also said the family wasn’t given enough time to view the video before it was released Monday, telling USA Today that the family was hurt and outraged by its distribution in the media.

Gordon’s family members have been saying for days that they’ve been deprived of information, and wondering why it was problematic in the first place that Gordon tried to get out of the car, since he wasn’t under arrest, according to NJ.com.

“As a family, we deserve answers for my brother,” Yanique Gordon, his sister, told the New Jersey outlet Saturday. “He was innocent. He didn’t do drugs. He didn’t hang out with the wrong crowd… He did not come all the way from Jamaica to die at the hands of someone else.”

The attorney general’s office offered to have the family view or listen to recordings in their office, or privately at home, according to a spokesperson.

Wagstaff also told the paper he believes there’s more footage that has not yet been released. He’s asked for an independent prosecutor once the case goes before a grand jury, according to USA Today.