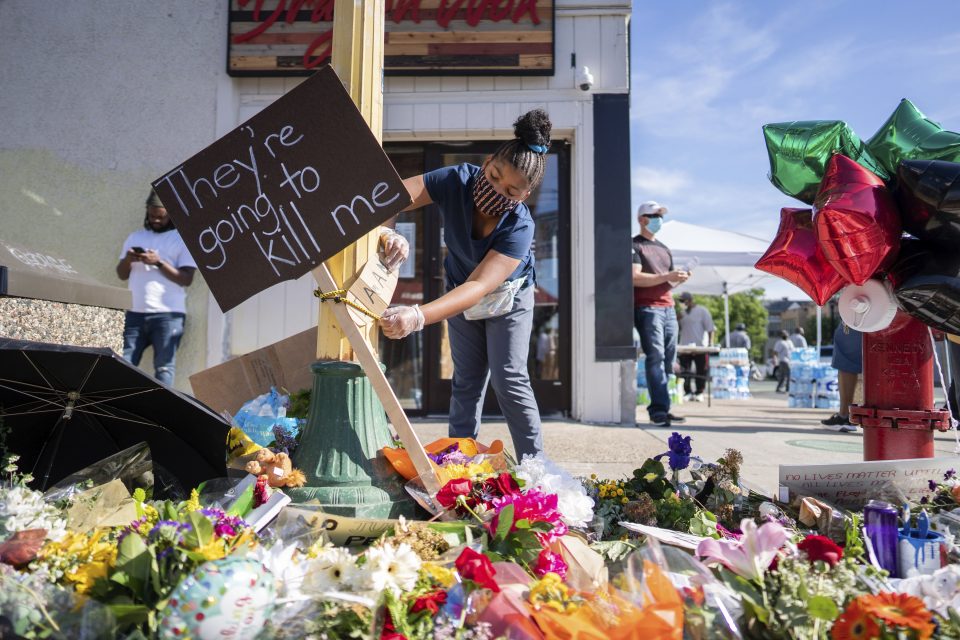 The ex-Minneapolis cop who was charged with murdering George Floyd will have to post $1.25 million bail if he wants to be released anytime soon.

Derek Chauvin, a 19-year veteran of the police department before his firing two weeks ago, made his first virtual court appearance Monday, via video feed from Minnesota’s maximum-security prison in Oak Park Heights, according to the Minneapolis Star Tribune. The 44-year-old did not enter a plea on the charges, which include second-degree murder, third-degree murder, and manslaughter.

Viral bystander video from the fatal Memorial Day arrest showed Chauvin pressing his knee into Floyd’s neck for 8 minutes and 46 seconds, as Floyd begged for his mother and water, and said he couldn’t breathe. The footage of the 46-year-old’s final moments set off nationwide protests against police brutality and racism, spurring Minneapolis’ city council members to say they will work to disband their own police department.

Prosecutors argued successfully before Circuit Court Judge Jeannice Reding that Chauvin’s bail should be set at $1.25 million without conditions, or $1 million with conditions including surrendering his weapons, making all court appearances, not leaving the state, not working in law enforcement or security, and zero contact with Floyd’s family. His attorney did not object to the bail conditions.

It’s not yet clear if Chauvin intends to make bail. He’ll next appear in court on June 29.

Chauvin’s bond is far higher than that of his three former colleagues, who were all arrested and charged with aiding and abetting in Floyd’s death after participating in his arrest over an alleged counterfeit $20 bill on May 25. The bail for Tou Thao, Thomas Lane, and J. Alexander Kueng was set at $1 million without conditions, or $750,000 with conditions last week.

All four officers were fired the day after Floyd’s death, which was captured in viral bystander footage. People pleaded with Chauvin and his colleagues for several minutes that Floyd was losing consciousness. Chauvin pinned Floyd’s neck down with his knee; Lane and Keung held his legs; and Thao stood by, arguing with bystanders.

Floyd repeatedly told the officers that he couldn’t breathe before he ultimately grew silent. He was pronounced dead at the hospital later that night.

Cover: Visitors leave flowers and signs near the Cup Foods store, where George Floyd had become unresponsive while being restrained by Minneapolis police officers, Thursday, May 28, 2020. (Mark Vancleave/Star Tribune via AP)