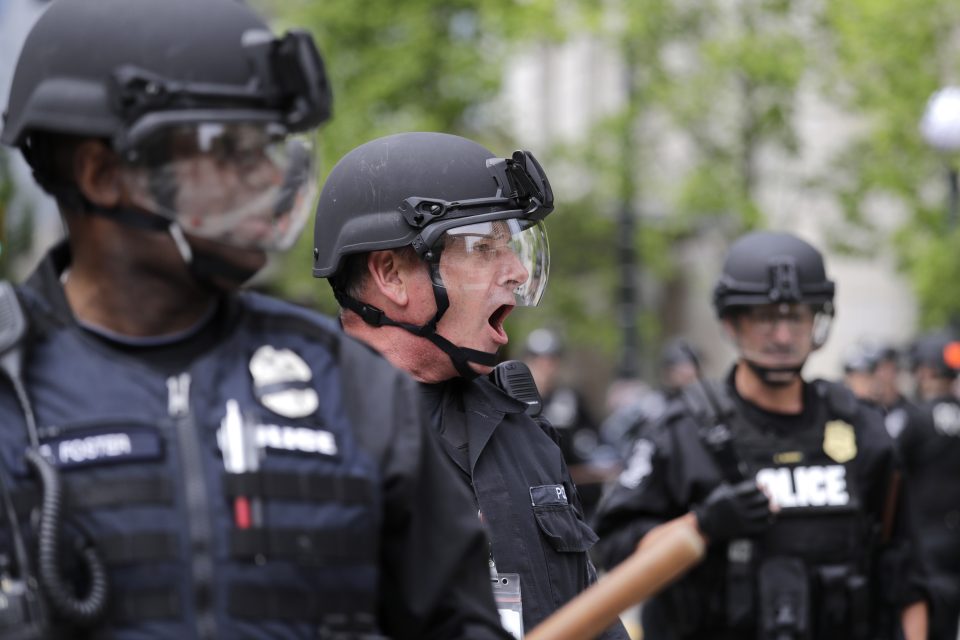 A man tried to drive his car through a crowd of protesters in Seattle and then shot a demonstrator who was attempting to stop him, as the city saw some of the largest protests against police brutality since George Floyd’s killing by Minneapolis police on May 25.

Seattle’s police force also broke its own recently-introduced ban on using tear gas, firing on protesters including a city councilwoman who’s now calling for the mayor to resign.

On Sunday, a man driving a black Honda Civic drove down a street toward a huge crowd of protesters in the city’s Capitol Hill neighborhood. The driver, who hasn’t yet been identified, then shot a protester who was trying to stop him.

After the shooting, the man exited the car, waving his gun as protesters fled in terror, and then made his way to the police line where he was peacefully taken into custody. (An email to Seattle police asking if the man had been identified was not immediately returned.)

The injured protester, identified as a 26-year-old man named Daniel, said he was trying to stop the man from running down the crowd. “I catch him, I punch him in the face, I heard the gunshot go off in my arm. I moved right in time,” he told reporters. “My whole thing was to protect those people.”

Seattle police also deployed tear gas against protesters over the weekend, despite a Friday order by mayor Jenny Durkan banning the use of CS tear gas for 30 days. Seattle police said they got approval to use tear gas again after being “targeted with projectiles,” according to the New York Times. Seattle police didn’t immediately respond to an email from VICE News asking who gave the approval.

One person who was gassed was Seattle city councilmember Kshama Sawant, a socialist who was marching with the protesters late Sunday night when she was gassed and maced by Seattle police.

Sawant said she would introduce bills this week banning the use of tear gas, pepper spray, and chokeholds by Seattle police. She also called on Durkan to resign, and said she would bring articles of impeachment against the mayor if she didn’t step down.

On Sunday night, Durkan responded. “I’m not going to get distracted by political ploys,” she said.

Cover: A Seattle police officer yells out orders at Seattle City Hall as protesters march toward them Wednesday, June 3, 2020, in Seattle, following protests over the death of George Floyd, a black man who died in police custody in Minneapolis. (AP Photo/Elaine Thompson)