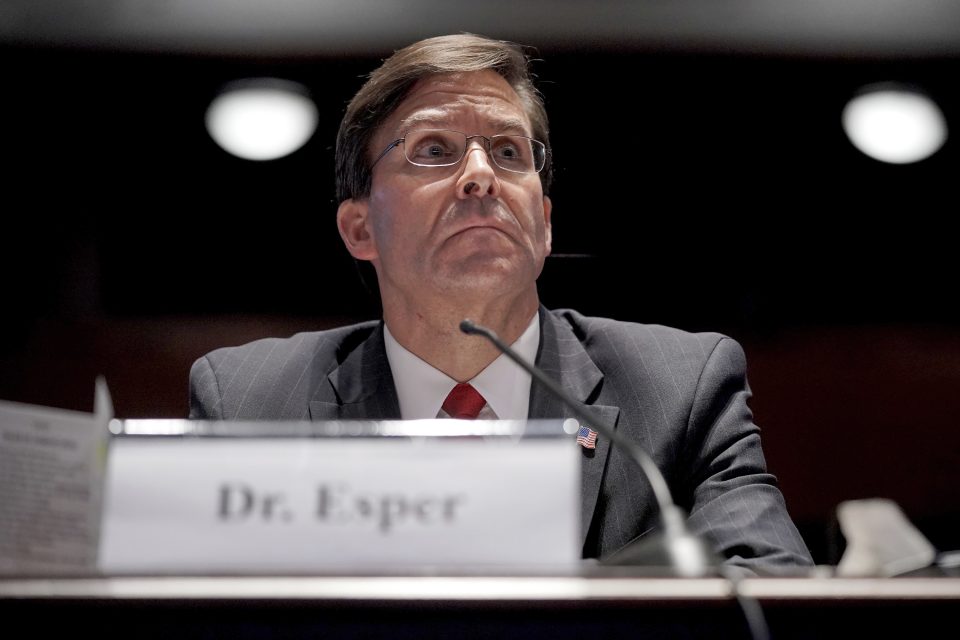 Secretary of Defense Mark Esper still has no idea who ordered military forces to violently clear protesters out of D.C.’s Lafayette Park so President Trump could do his infamous photo-op early last month.

That’s what Esper told congressional leaders at a hearing before the House Armed Services Committee Thursday concerning the role of the Defense Department in civilian law enforcement — and it didn’t go over well.

“We’ve had that discussion a few times,” Esper said when asked where exactly the order came from. “We had it the other day with Secretary [Ryan] McCarthy and Major General [William] Walker, and it’s still unclear to me who gave the direction to clear the park at that moment in time.”

“See, I find that hard to believe,” Smith pushed back. “I’m sorry, but it’s, like, a pretty big decision. A lot of people there, everyone’s there, and it just sort of… happened?”

Esper, seemingly contradicting himself, told Smith he hasn’t pursued definitive answers as to who ordered the use of force.

“I’m just saying, I don’t know, I’ve never pursued it with anybody because we get caught up in other things more relevant,” Esper said.

On June 1, local law enforcement and the National Guard, some on horseback, descended on Lafayette Park, clearing peaceful protesters using rubber bullets and tear gas. Moments later, Trump, along with several members of his administration, including Esper and Milley, walked from the White House through the park and on to St. John’s Episcopal Church. There the president posed for an awkward photo-op with a Bible in hand. The now infamous incident drew harsh criticism as a blatant abuse of presidential power.

Earlier in Thursday’s hearing, Esper insisted that the National Guard was only there and at other protests around the country in a supporting role. He said the Guard remained on standby in case state and local leaders requested additional help. This was the case at Lafayette Park on June 1, he said, adding that General Walker might have more details on exactly what happened.

“I know Attorney General Barr spoke to that publicly,” said Milley, who has previously expressed regret for joining Trump on the walk to the photo-op. “I do not have personal knowledge as to who gave that actual order to clear the park.”

During the two-hour session, congressional leaders also grilled the defense secretary about the use of chemical agents against protesters in D.C., a point that Esper has denied in the past despite video evidence that a deterrent was used. He once again said that chemical agents were not used in the June 1 incident.

In the last month, Esper has found himself in the hot seat over the military’s presence in U.S. cities and their participation in quelling national unrest following the May 25 police killing of George Floyd. He’s previously outright opposed the president’s call to use force against civilians.

How to Maintain a Football Field

How the War on Drugs Enables Police Brutality Against Black People