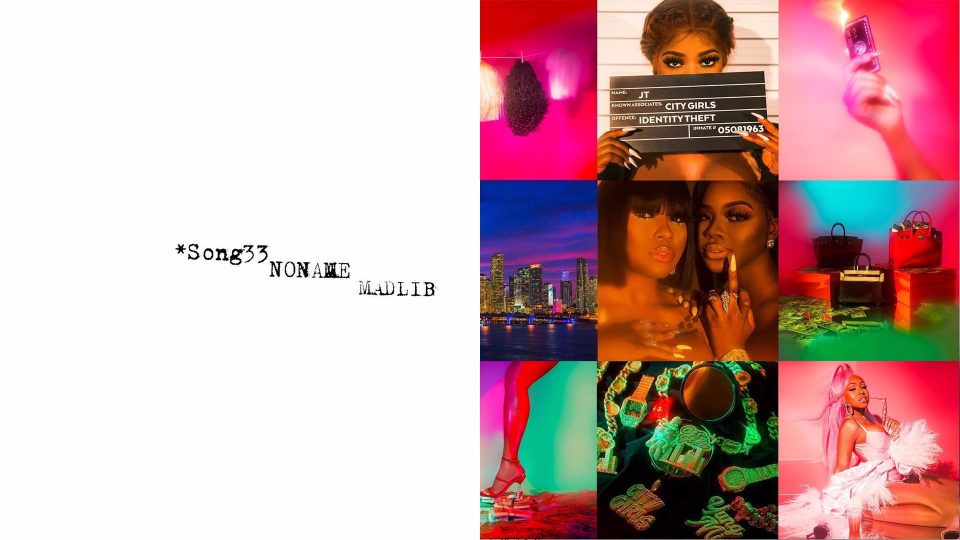 In the last month, the Black Lives Matter uprising has forced the music industry to figure out how to stop exploiting Black culture for commercial gain. Coded language for Black artists like “urban” has been removed from Republic Records’ rosters as well as in the Grammy’s former “Urban Contemporary” award category. Over 100 artists have banded together to form the Black Music Action Coalition, which is looking to hold the industry accountable for the ways it perpetuates systemic racism.

“We created BMAC to address long-standing racial inequities in the business, the financial inequities for both Black artists and executives, and ways we can work with you urgently to solve these problems,” the organization said in an open letter published earlier this week.

But it wasn’t just musicians who are getting involved. The average person is joining the movement too. Are You a Dub? an anonymous page, created a comprehensive guide detailing whether popular record labels spoke out about racism in the industry or donated to any relevant causes. BTS stans crowdfunded $1 million for a handful of organizations toward the fight against racial injustice. While not everyone has the network to raise $1 million, people are getting in where they fit in, even if that means signing petitions to replace the statues of Confederate leaders with more worthy icons, like OutKast. While much of the industry was shaking to keep up with the time, other musicians were continuing to provide a soundtrack for the revolution because, in times of pain, joy is resistance.

When Scott Storch was in his prime in the early aughts, Chloe and Halle, born in 1998 and 2001 respectively, were small children. Now, Storch is responsible for producing their coming-of-age smash, “Do It,” which finds them transitioning into adulthood seamlessly. The siblings have crafted the perfect “I’m on my way” jam, but really you’re still at dancing in your mirror. “That wig secure like the money in a safe,” is also the best lyric we’ve heard all month. —Kristin Corry

New York’s Pom Pom Squad, the punk band fronted by Mia Berrin, released one of the most unflinching and raucous songs about the realities of depression in 2019 with “Heavy Heavy.” It’s the kind of song with its pummeling guitars and brutal lyrics (“I’m feeling heavy heavy does it mean / I wanna fucking die?”) that lingers but never overstays its welcome. Berrin’s latest offering is a cover that veers into more delicate and hopeful territory. Taking on Tommy James’ and the Shondells’ still ubiquitous ‘60s classic “Crimson and Clover,” Berrin gives her faithful rendition a lo-fi warmth. That brightness comes through also in her press statement, where she reveals that this month would’ve been her first Pride as an out woman. She writes, “this song is my small celebration of the scary, complicated, empowering process of owning my Black, queer identity.” —Josh Terry

Shamir began making waves in 2015 with Ratchet, a maximalist and charming dance-pop record that showcases his rich vocal range and undeniable charisma. But where his debut suggested he was headed for pop superstardom, Shamir’s output subsequently took a a bit of a left-turn, veering into sparse, fuzz-laden lo-fi indie rock across beguiling releases like 2019’s Be the Yee Here Comes the Haw and 2020’s Cataclysm. But his latest single, “On My Own”—which is set to appear on his as-yet-untitled new record—suggests he’s still no stranger to the hair-raising pop hook. The joyous stomp of the chorus features one of the most untouchable melodies of 2020 so far, as he sings a line that sinks into your consciousness: “I don’t mind to live all on my own / And I never did / And I don’t care to feel like I belong / But you always did.” —JT

City Girls might have inadvertently provided the world with the only letter of resignation you need to break free of your current employer. Gone are the days of formal emails. “I’on work jobs, bitch, I am a job,” is the new two weeks notice. Ever since their debut EP, PERIOD, JT and Yung Miami have been spreading the gospel about the joys of spending other people’s money, and they continue that streak on “Jobs.” They even lay the blueprint for how to spot a baller. “Dope boy, scam nigga, where they at? I just seen a hundred bottles coming from the back,” Miami raps. Day 999 of quarantine and we’re starting to miss the club. —KC

“I saw a demon on my shoulder, it’s lookin like patriarchy” is probably the most fitting opening line to a 70-second rap response aimed at J. Cole’s “Snow on tha Bluff.” Last week, the Dreamville rapper released a track that asked Black women to “…treat people like children / Understandin’ that time and love and patience that’s needed to grow.” It was a textbook definition of tone policing and many people speculated that the song was about Noname, which left the Chicago rapper with one option: respond. “He really bout to write about me when the world is in smokes? When its people in trees? When George was begging for his mother, saying he couldn’t breathe / You thought to write about me?” Protect Noname, and every Black woman, at all costs. —KC

It’s clear listening to Wyatt Waddell’s wonderfully accessible songs that the Chicago singer is a student of pop music’s greats, from Sly and the Family Stone to Stevie Wonder and the Beatles. He has a keen ear for a blissful hook and a memorable chorus, but his latest, “Fight!” is both his most resonant and strongest yet. Kicking off with urgent handclaps and gospel signifiers, Waddell barrels into a cathartic call-and-response with a chorus of backup singers. He sings, “There’s already so much pain” before the song ignites into a resilient funk. Though relatively unheard outside of his Second City home, Waddell’s music demands to be heard nationwide. It’s a dose of hope that’s desperately needed right now. —JT

Sometimes, you don’t always want to be the bigger person. Sometimes, it feels great to know that someone else is miserable at the thought of you winning. Compton rapper and 4HUNNID-signee Day Sulan gets that. “BIG,” produced by Murda Beatz, is a catchy track aimed at Sulan’s skeptics. With all the seriousness going on, take a few minutes to let a hater know you see them. —KC

Waylon Payne’s “Dead on a Wheel”

Waylon Payne’s first LP since 2004 promises to be a story of redemption that finds the country singer reckoning with his past and himself. His upcoming LP Blue Eyes, The Harlot, The Queer, The Pusher & Me details his long road to sobriety and stability, tackling periods of his life of homelessness and drug addiction. “Dead on a Wheel,” one of the three singles Payne has shared so far, showcases the profound grace and empathy in his songwriting. Over a subtly gorgeous arrangement, he sings, “Hey, what if we started leanin’ on each other / Remember that it’s faith, and kindness, and love that helped us make it through.” From his resilience in overcoming addiction, his background as the son of country star parents, his past roles in films like Walk the Line, his perspective as an openly gay country singer, Payne’s fascinating story only strengthens these already incredible songs. —JT

Teyana Taylor’s “Wake Up Love” is a slow creeper on her latest project, The Album, which is an extension of her affinity for the 90s. A student of Janet Jackson and the quiet storm era of R&B, Taylor’s hushed tones are fitting for pillow talk. While some steal away for moments of silence during sleep, Taylor requests the opposite. “Show me some attention / I want you to wake up, love,” she sings. It’s a sweet gesture and less intrusive than your average alarm clock, but please try it at your own risk. —KC

Tucked towards the end of the New Orleans punk band Special Interest’s recent album The Passion Of, “Street Pulse Beat” is both towering and gobsmackingly powerful. It’s the kind of song that requires listening at maximum volume with its shattering bass and the commanding presence of vocalist Alli Logout. It’s the most fist-raising and anthemic the band gets on the whole LP, which is filled with frenetic moments of hardcore, punk, and industrial flourishes. The power this efficient and breathlessly energetic single contains is staggering. —JT

Any day Beyoncé decides to share music is a glorious one, but a new release on Juneteenth felt like divine timing. “BLACK PARADE” comes during the middle of a global effort to end systemic racism after the deaths of Ahmaud Arbery, Breonna Taylor, and George Floyd. The track is a treasure trove of the musings on Black culture, much of which can be traced back to the continent of Africa. Although no one knows for sure what Queen Bey is doing during her newly acquired downtime, she is surely keeping up with the rest of the world. “Made a picket sign off your picket fence / Take it as a warning,” she sings. In other words, it’s time for a new “American Dream.” —KC

It’s been summer for less than a week, but Hot Girl captain Megan Thee Stallion couldn’t leave us without new music. Driving the boat might be impossible (and maybe just plain irresponsible) to do while wearing a mask, but the Houston rapper’s take on Eazy-E’s “Boyz-n-the-Hood” leaves us wishing circumstances were different. “Girls in the Hood” reminds us of why we fell in love with Meg during her Tina Snow days: She’s undefeated at talking her shit. “He fuckin’ with Thee Stallion ’cause he into wild women / Put them legs on his head, now he love tall women.” — KC

5 Tips for Starting a Factory

How to Keep Your Business on Track

How to Negotiate as an Employee

How to Help Your Local Business to Thrive