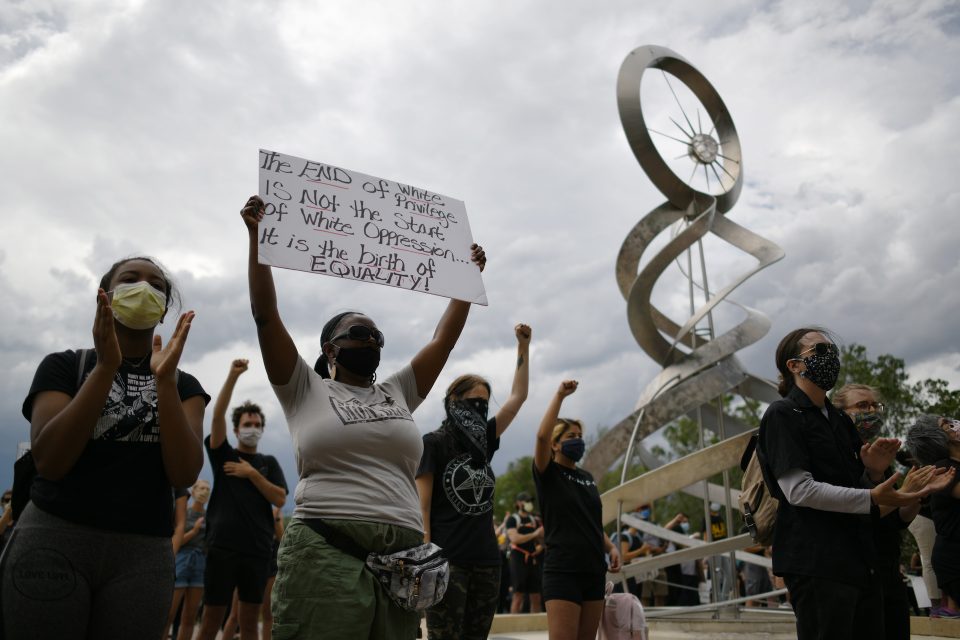 It’s been nearly a year since Elijah McClain, a young Black man in Colorado, was placed in a carotid hold by Aurora police, who threatened to sic him with a dog as he sobbed, vomited, and said he couldn’t breathe.

McClain died in the hospital several days after the August 2019 incident. He was 23. The three arresting officers were placed on administrative leave, but they were not fired. In November, the local district attorney announced they also wouldn’t face charges.

Until now, McClain’s case had been largely forgotten. But not anymore: More than 2.3 million people are demanding that officials thoroughly investigate what led to his death. They’ve signed a Change.org petition titled “Justice for Elijah,” which requests that the officers involved — Nathan Woodyard, Jason Rosenblatt and Randy Roedema — be removed from their posts.

The petition is directed at Aurora Mayor Mike Coffman, local District Attorney Dave Young, and Nick Metz, who was the police chief when McClain died.

Local officials have also called for a new, independent investigation into McClain’s death. Colorado Gov. Jared Polis said on Twitter Wednesday that he had asked his “legal council to examine what the state can do.”

“We are assessing next steps,” he said.

Here’s what you need to know:

The August 24 incident began when police were called to respond to a suspicious man wearing a ski mask and waving his arms, according to a news release from the Aurora Police Department. McClain’s family has said he was anemic, and wore the mask to keep him warm.

Plus, he was unarmed, hadn’t committed a crime, and had no history of arrest, according to local media reports. He was getting some iced tea when officers stopped him, his sister told KMGH, a local ABC affiliate, last September.

Officers said McClain “would not stop walking down the street” and resisted them. They tackled him to the ground; his sister said he may not have heard the officers because he had headphones in, according to KMGH. One officer said McClain reached for their gun.

McClain briefly fainted after he was placed in a carotid hold, which is a type of chokehold that cuts off blood flow to the brain by applying pressure to the side of the neck. The move has since been banned by several police departments. Colorado’s governor signed a bill earlier this month forbidding it across the entire state.

“I was just going home,” he can be heard sobbing in body-camera footage. He pleaded with officers that he had good qualities worth considering: he never got in fights, never disrespected people, and wasn’t judgmental.

After being handcuffed by police, McClain was also injected with ketamine by paramedics who were called to the scene over the “level of physical force applied while restraining the subject and his agitated mental state,” according to police.

He died on August 30, when he was taken off life support, although he was declared brain dead on August 27, according to The Sentinel.

A forensic pathologist working for the local coroner’s office later said the cause of death was unclear, but said it may have been natural if McClain had “an undiagnosed mental illness that led to Excited Delirium,” if he choked on his own vomit, or if his “physical exertion” led to an arrhythmia.

Excited delirium is a controversial diagnosis that some activists and medical professionals say merely excuses violent police actions. His attorney said there was zero evidence to show he had an undiagnosed mental illness, and told Westword that “if the police had just left Elijah alone or come up to him and had a normal conversation, none of this would have happened.”

In February, an excessive force review board said the officers’ actions were “within policy” and that they had “lawful reason to contact” McClain, who did not commit a crime, according to the Denver Post.

In the wake of the police killing of George Floyd in Minneapolis, and a nationwide uprising against police brutality, activists are demanding that old cases like McClain’s be reconsidered.

There’s a Change.org petition with more than 500,000 signatures calling for a new investigation into the 2014 police killing of Darrien Hunt in Saratoga Springs, Utah, for example. Hunt was cosplaying with a toy sword when he was approached by police; officers say he threatened them with the sword, but he was shot in the back as he ran away. And there’s another movement in Macon, Georgia for Sammy “Junebug” Davis, who was unarmed when he was killed by police in a Kroger parking lot, where he was allegedly panhandling, in 2012. The city’s ex-mayor has said the case was never properly investigated.

But for McClain, the support is even more pronounced. The petition calling for a new investigation has gained millions of signatures in three weeks alone.

Coffman, Young, and the Aurora Police Department did not immediately respond to a VICE News request for comment.

Young’s office has received more than 10,000 emails and 1,000 voicemails about the case since June 7, according to The Sentinel, but isn’t planning to review the case unless there’s new evidence.

Cover: Devionne Fugett (left) and her mother MiDian Holmes take part in a gathering to decry the death and honor the life of Elijah McClain in Aurora, Colorado on June 6, 2020. (Photo: Hyoung Chang/MediaNewsGroup/The Denver Post via Getty Images)

5 Tips for Starting a Factory

Brands Are Bravely Taking a Stand Against Racism: By Posting Online