The lack of any female nominees for original score at this year’s Academy Awards highlights another major discrepancy in the entertainment industry: only a small percentage of Hollywood’s top composers are women.

“There’s a lot of women who are working in the industry and doing excellent work — but with the lack of visibility and of course not necessarily getting hired for those blockbuster hits at the same rate as men.”

A study published recently by the University of Southern California’s Annenberg Inclusion Initiative says of 111 composers across 2017’s top 100 movies in North America, only one was female. Researchers also point out that over 11 years of studying the topic, no more than two female composers have ever been employed per year on the biggest box office films.

“It’s not just a glass ceiling; it’s kind of a cement ceiling,” said L.A.-based Lolita Ritmanis. president of the Alliance for Women Film Composers in the U.S.

Lolita Ritmanis has scored for both television and film, but says women composers don’t just face a ‘glass ceiling’ but a ‘cement’ one. (Kim Brunhuber/CBC)

Canadian figures paint an equally dismal portrait. A survey done by the Screen Composers Guild of Canada had similar findings and also revealed another startling chasm: on average, men were paid eight times more than women when it came to fees, production costs and commissioning.

“There’s kind of a feeling of not being taken seriously,” said Ritmanis. “Like, ‘Oh how did she get into this meeting’ and ‘Why is she here?’ And you know, if it’s not actually said — it’s felt. It’s almost felt with a little bit of a sneer. It’s a boys’ club.”

For decades, memorable scores have been associated with award winners such as Ennio Morricone (The Hateful Eight), Hans Zimmer (The Lion King), Howard Shore (The Lord of the Rings) and John Williams (Star Wars). If you Google “top Hollywood composers,” almost every image from the dozens that pop up are of men. 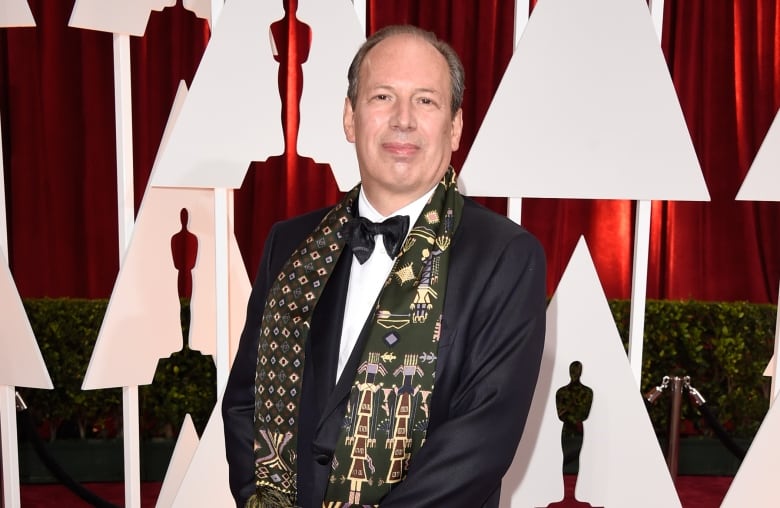 Academy Award winner Hans Zimmer, who scored The Lion King, is among Hollywood’s top composers, the vast majority of whom are men. (Frazer Harrison/Getty Images)

Bechthold, who has worked on several feature films including Art of Obsession and The Vatican Deception, agrees that sexism is a battle on many fronts.

“People want to have a meeting to talk about their film and then halfway through the lunch you realize that, ‘Oh wait, this was actually a date,'” said Bechthold, who also chairs the SCGC’s Women Composer Advisory Council. “And yeah, that’s not the way I’m looking to get a job.”

Despite the gender barriers and low statistics, there is optimism. The numbers, surprisingly, are higher than in years past. The Center for the Study of Women in Television and Film at San Diego State University says six per cent of composers on the top 250 grossing films of 2018 were women, double 2017’s three per cent.

Canadian composer-songwriter Carly Paradis, now based in the U.K., says while attending a recent music panel she noticed a significant shift compared to when she first started in the business. 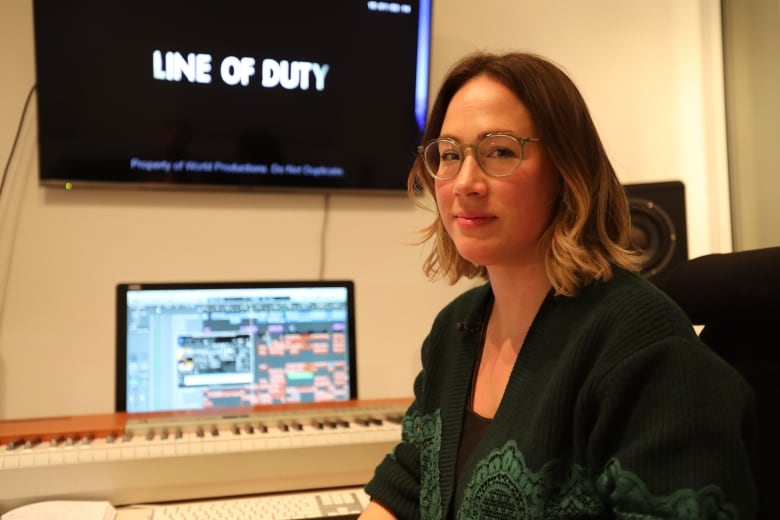 Canadian composer Carly Paradis says when she first started out she didn’t know of any other female composers and would often be surrounded by only men at panels and discussions. (Rob Lowrey/CBC)

“There were a lot of females coming up to me and asking questions after, but 10 or 15 years ago, when I used to go to these conferences, I was the only female there,” said Paradis, who’s written music for Netflix shows and others such as One Tree Hill, Degrassi: The Next Generation and Rookie Blue.

Also, major films in the works this year, such as The Joker and Captain Marvel, have female composers at the helm. Women who are climbing the ladder are trying to open doors for new talent on the rise, but ultimately most decision-makers — with the power to implement changes — are still men.

“I look at Canada and think if every production company agreed to hire one more female composer at every tier of production that they work on, that would solve this disparity,” said Bechthold.

Cannabis greenhouses are creating light pollution, but there are solutions

Tesla is most painful stock for short sellers in 2017

Jumanji The Next Level release date: When is Jumanji 3 out in cinemas? | Films | Entertainment