Caroline Mulroney, daughter of former prime minister Brian Mulroney, will be officially throwing her hat into the race to lead Ontario’s Progressive Conservatives, sources with the campaign told CBC News.

The 43-year-old lawyer has hinted she intends to run for the leadership, thanking those who supported her candidacy on Twitter over the weekend but stopping short of formally announcing her plans.

Mulroney also got an endorsement from Ajax PC candidate Rod Phillips in a statement on Twitter on Sunday evening.

“I have concluded that Caroline Mulroney is the leader Ontario PCs need, and I am committing my support to her,” he said. “Caroline will unite our party and lead us to victory in June, and I look forward to working closely with her to achieve that.”

Phillips, the former head of Ontario Lottery and Gaming Corp., said earlier that he was considering running to lead the party.

“We have the opportunity to choose a determined, fresh and dynamic leader, in Caroline Mulroney. @C_Mulroney has my enthusiastic support, because she will unite our party and lead us to victory” #PCPOLdr @OntarioPCParty pic.twitter.com/5Hws8rfgFf

Mulroney is a rookie when it comes to running for office, but as the daughter of a prime minister she has been immersed in politics since childhood.

She is bilingual and was educated at Harvard and New York University law school. She’s had a successful career in law and investment banking, working for big firms in the United States, and now in Toronto.

In 2014, she was appointed to the Windsor Detroit Bridge Authority to help oversee development of a $4-billion second border span between the two cities.

She and her sisters-in-law co-founded a charity in 2011 called Shoebox that delivers gifts to women and girls in homeless shelters.

Prior to announcing her political plans, Mulroney served as vice-president of Toronto-based BloombergSen Investment Partners, and used to work at a venture debt fund.

Her social media accounts show she’s been pounding the pavement in her riding north of Toronto since launching her candidacy for MPP. Mulroney, her husband and four children, moved to the area last spring.

Mulroney has declined interview requests from CBC News and other big outlets, such as the Toronto Star, since launching her York-Simcoe campaign. Her team said she wanted to focus on local media only.

Mulroney is photographed in Ottawa, alongside completed shoeboxes filled with personal items, to be given to women in shelters over the holiday season through her Shoebox Project initiative on Dec. 2, 2013. (Justin Tang/Canadian Press)

She has said in the past she is from the “progressive” wing of the party, but it’s unclear where she stands on some controversial issues within the party, such as its proposed carbon tax.

The party’s platform, released in November, moved the PCs more to the centre, a strategic move to eat into Liberal and NDP support.

‘Definitely not her plan’

Peter Van Loan, a Conservative MP who knows Mulroney, said it was “definitely not her plan” to consider a party leader job given that she has never run for office.

“Her plan was to be the MPP and she was very focused on that,” said Van Loan, who represents the riding north of Toronto where Mulroney is running provincially, York-Simcoe.

Van Loan said while the timing may not be ideal for Mulroney, she was being “strongly encouraged” to run. 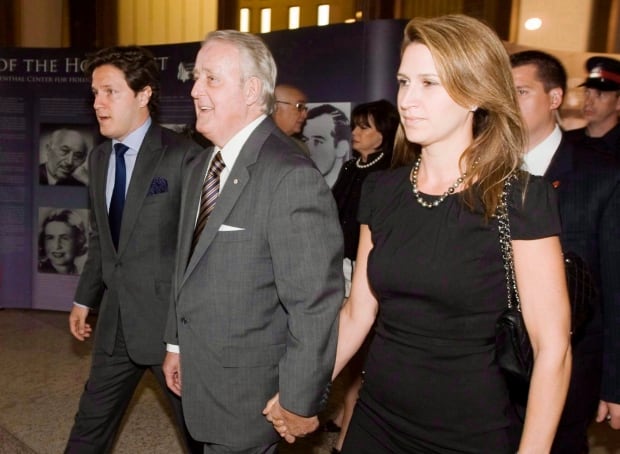 Former prime minister Brian Mulroney arrives for a charity event in Toronto in 2010, with his son Mark, left, and daughter Caroline, right. Caroline Mulroney is expected to officially announce that she will be running for the Ontario PC leadership. (Darren Calabrese/Canadian Press)

“Sometimes you get these things thrust upon you and I think for her, while I keep saying she should make the decision based on what’s best for her, I think that sense of duty hangs pretty heavy.”

Mulroney’s name was floated immediately after Brown resigned. She has impressed many in the party, some of whom feel the PCs would be wise to elect a female leader.

Mulroney’s entry into the race means there will now be two high-profile women competing for the Tory reins, which could bolster the party’s image, she said. Former Tory legislator Christine Elliott threw her hat in the ring last week.

[former party president Rick] Dykstra and Patrick Brown. It just gives them a new focus and new energy and it makes them look a little more current with the times,” she said. 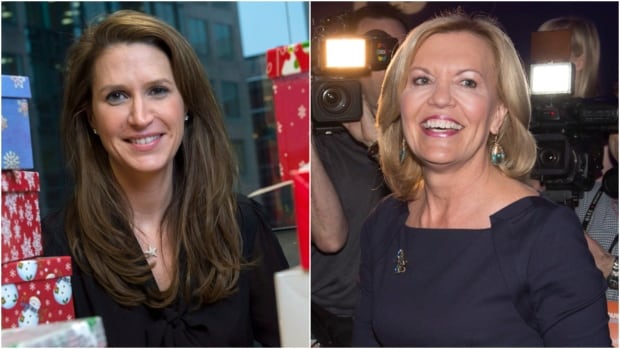 Brown and Dykstra resigned within days of each other after being confronted with allegations of sexual misconduct, which they deny. The allegations have not been independently verified by The Canadian Press.

Candidates have until Feb. 16 to register, and the new leader will be announced March 10.