Alastair Cook has overseen a difficult series in India

The tourists were pushed to the brink in the Fourth Test by India skipper Virat Kohli’s majestic 235 in Mumbai.

With England closing the fourth day still 49 runs behind on 182 for six – Cook out cheaply for 18 – their hopes were all but extinguished.

Cook will meet Andrew Strauss, England’s director of cricket, to discuss his future in the New Year.

A 4-0 defeat in India, which is a distinct possibility ahead of the series finale in Chennai later this week, could well prompt Cook to stand down after more than four years leading the side.

Wasim Akram: Together with Waqar Younis he invented and perfected the art of reverse-swing, proving that bowling on dead, concrete-like pitches in the sub-continent can be overcome

But Anderson has offered Cook his backing, even if he does admit he is not sure himself if he will stay on as captain.

Half-centuries from Joe Root, Cook’s potential successor out for 77, and Jonny Bairstow did regain some pride for England after India had made 631 in their first innings.

The hosts were powered by Kohli’s third Test double hundred of the year and the highest-ever score by an Indian against England.

Jayant Yadav, whose 104 was a record knock for an India No9 in Tests, also chipped in during a mammoth 241-run stand with Kohli that broke England’s spirit. 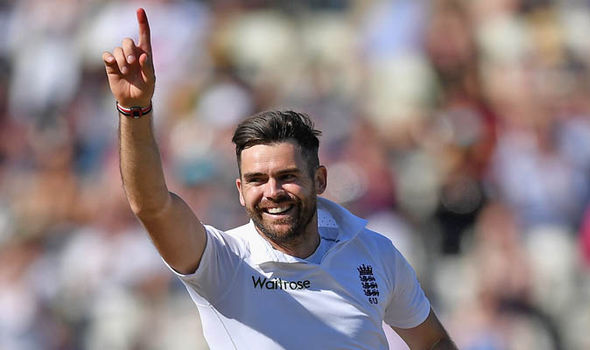 Kohli now has 640 runs for the series at an average of 128. Yet Anderson has accused India’s hero of being nothing more than a flat-track bully.

Anderson believes India’s hero will struggle again when he returns to England in 2018.

He said: “I’m not sure he’s changed. I just think any technical deficiencies he’s got aren’t in play out here. The wickets just take that out of the equation.

“There’s not that pace in the pitch to get the nicks, like we did against him in England – with a bit more movement.

“When that’s not there, he’s very much suited to playing in these conditions. He’s a very good player of spin – and if you’re not bang on the money he’ll punish you.” 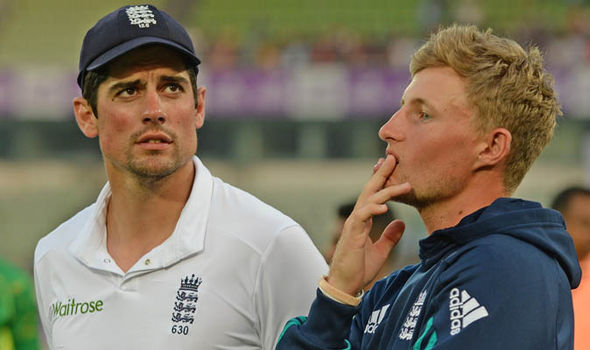 Kohli is the first man to hit three double-hundreds in successive series in the same year.

But his latest masterpiece has been the difference in this game. When he came to the crease on the third morning, India were 146-2 and 254 runs behind England.

By the time he departed on day four they were out of sight and heading for the win that will offer Kohli redemption after being on the end of three successive series defeats by England.

Cook’s men have not helped themselves, Adil Rashid dropping Kohli on 68 on day three and Root also reprieving Jayant on eight later that day.

However, England cannot have any complaints about the end result of this series – they have been beaten by the better side in these conditions.

Keaton Jennings had been one big plus for the tourists, the opener scoring 112 on debut. But after England started their second innings with a deficit of 231, the Johannesburg-born batsman became the first man ever to follow-up a hundred in his first Test innings with a golden duck in his second.

Jennings was trapped lbw by seamer Bhuvneshwar Kumar. Cook then was out the same way to Ravindra Jadeja and the left-arm spinner then snared Moeen Ali for a duck.

Bairstow remained unbeaten at the close but the wicketkeeper was the recipient of some luck, dropped on 14 by Kohli and saved twice by successful DRS reviews.

Saul ‘Canelo’ Alvarez and Gennady Golovkin rematch confirmed for May 5