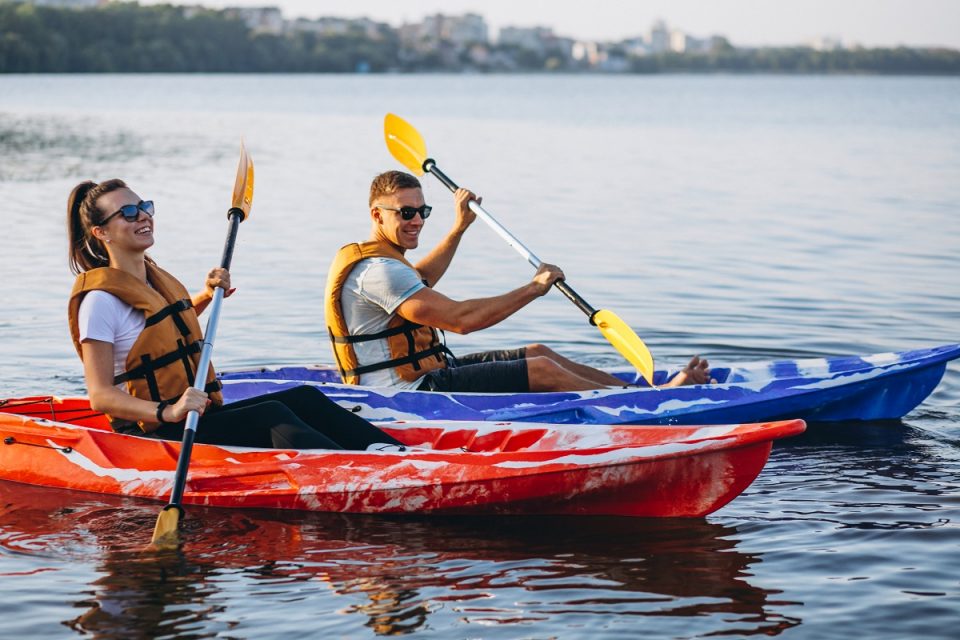 A kayak is a small watercraft which is controlled by a two-bladed paddle and a small boat. Also, there are some kayak accessories you need to have for comfort, performance, and safety. The boat comes in different size and shapes, which depends on how it’s going to be used, but most kayaks have an enclosed deck that covers the legs. SeaEagle is well known brand for inflatable kayaks and boats. The first outing in a kayak can be over exciting and gives room to a lot of mistakes for a beginner. There are mistakes that many new kayakers make and should be noticed.

The first mistake many new kayakers make is selecting the wrong kayak. Many will go for a speeding kayak, and this is the first wrong move. New kayakers don’t know that the sleeker the kayak, the less stable it is, the more extensive it is, the more stability you will have.

If you’ve never handled a kayak before and you go for a sleek kayak, you will end up swimming back to the bank especially if you are out in the ocean.

LACK OF KNOWLEDGE ABOUT KAYAKING

When going for a kayaking trip or holiday, you should have at least a person that has a basic idea about kayaking. This person will be able to train and put you through before allowing you to step into a kayak.

Also note that you should be ready to paddle forward and backward, steer the kayak well, and avoid obstacles.

CHOOSING A WRONG TRAIL OR ROUTE

A beginner should find a little part of a tranquil lowland river; otherwise, he or she will be too tired of the long rowing. Same also applies to kayak trails that are full of obstacles and fallen trees, where there are strong currents. It frustrates those who are not used to physical effort.

When going for a kayak, you should have someone who will take responsibility for the logistics, preparation, and the route. This medium allows the trip to be stress-free for the kayaker.

The selection of a kind and favorable crew is significant. Selecting a mixed team is an excellent option to go with; men are always stronger, which is very useful when overcoming obstacles.

Weather condition plays a significant role in kayaking. When going on a trip, you must prepare for a sudden weather change. Extra clothing like sweatshirts cap, fingerless gloves, and other clothing material are needed. It will protect you from unexpected weather.

When going for a short or long kayak trip, food and beverage are needed. Note that when paddling in the heat, you become dehydrated and you need to resupply regularly. You also need to eat some food after several hours of paddling.

A first-aid kit for a kayak trip. This kit should contain essential medicines for allergies, a space blanket, dressings, and elasticised bandage and preparation that reduce the effect of sunburn.

Communication is critical during kayaking; you need to have your gadget with you for emergency and safety reasons or possible interaction with the outside world. And also try to secure your device from getting wet.

If you organize the kayak trip, you need to find a possible transport route. You could talk to one of the villagers nearby. You could be allowed to park a few cars for a little charge before the kayak begins.

The remarkable benefits of an article summarizer

A Brief History of Surfboard Materials

Slot machines for free in the gangster casino